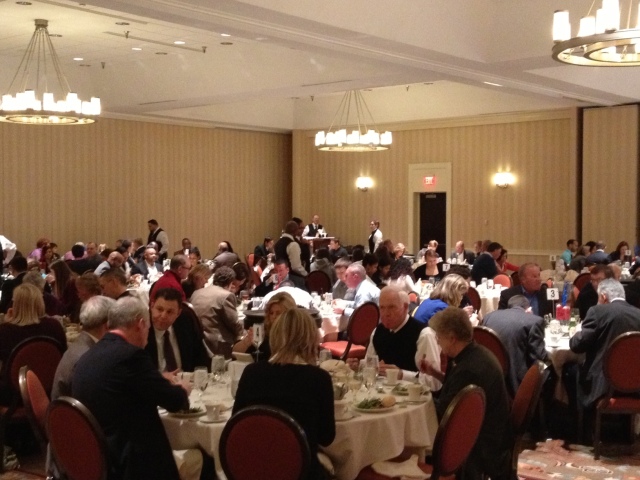 With snow still covering the ground and temperatures never rising above freezing, this past Saturday night was the perfect opportunity to talk baseball and look ahead to the Senators’ 2013 season. The Sheraton Harrisburg-Hershey was the place to be as they hosted fans, staff, and special guests who convened for the 3rd Annual Hot Stove Dinner.

The festivities began with a casual cocktail hour where you could rub shoulders with Dave Trembley and Matt LeCroy, catch up with old friends, and browse the raffle prizes and silent auction items. Emcee duties were deftly handled for the third straight year by ABC27’s Gregg Mace.

Huge kudos go out to Emily Winslow and Mary Kate Holder for spearheading the effort of the entire  Senators’ staff as they seamlessly pulled off another successful Hot Stove dinner.

Dave Trembley, Senators manager (1987-89) – – “Obviously Harrisburg has always meant a great deal to me. Without a doubt there is no better place for people to play minor league baseball than in Harrisburg, Pennsylvania. Not because they win, not because you have a great stadium, not because you put good players in the big leagues, but because of the people that are here. The people that treat the players, love their team, have a basic philosophy of doing things right, treating people the correct way, believing in common courtesy. All those things that we grew up believing was the right way. That has been the foundation that has existed here from the first time that we came here.”

Billy Kaldes, “King of The Spot” – – “In 1987 there used to be a parking lot right next door to Zembie’s. At three o’clock in the morning (we’re not going too far with this), Dave (Trembley) and I were throwing curveballs out there. I don’t know what the hell we were doing. The night that we won the championship in 1987, two people drove me crazy: Tommy Prince wanted champagne out on Second Street at four o’clock in the morning, thank God I knew some policemen and they let us drink out there, and Tommy Gregg. So it was one of the greatest teams we ever had.”

Kevin Kulp, Senators President – – “We’re proud of the relationship that we have with the Nationals. They are a first-class organization. We’ve been fortunate to have a front row seat in watching their success and how they’ve been able to build their department and their organization…All of us in this room can take a little bit of pride of what we do here in Harrisburg in helping them to develop their players. Being able to play in front of fans that care and are passionate. Teaching those kids how to win and what’s it like to play in front of a lot of people and the pressure that comes with that…It is exciting watching them mature because there are so many kids that were in Harrisburg in the last few years that are playing now and contributing in a major way in Washington now.”

Rob Martin, Harrisburg RBI senior team manager – – “We are going to continue to disrupt and disturb and be successful and give young men and young ladies in this region and more specifically in this city, an opportunity to enjoy this game, to learn the humility of this game, and to learn those values that will make them a success story in life. At the end of the day, that’s why we want them playing the game because baseball mirrors life without question. That’s our mission.”

Aaron Johnson, Harrisburg RBI/MOSELF President – – “It’s a great feeling to see these kids on a major league stage. For me, I just get worked up. It’s remarkable to see these kids, especially the kids from Harrisburg High, that actually play with the other kids who can play and it makes them better.” 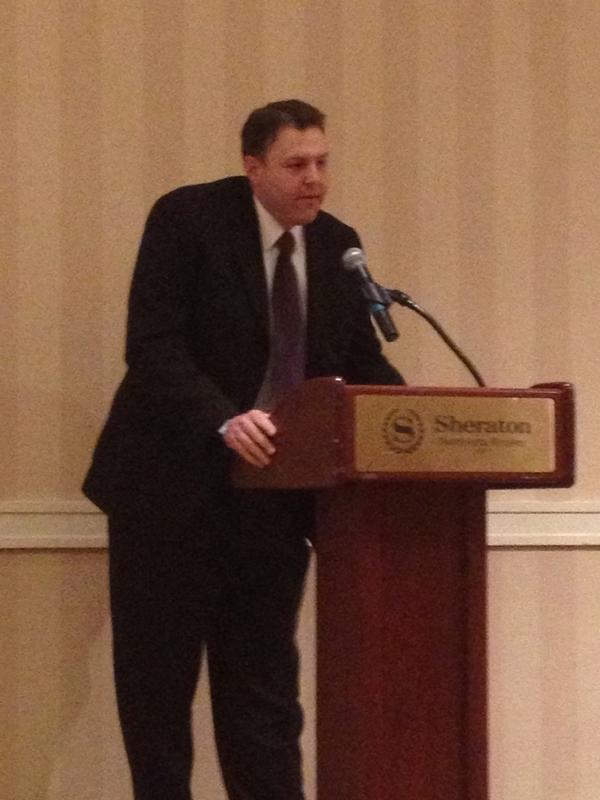 Neil Weber, Senators pitcher (1995-97) – – “In 1996 I was selected to go to the Double-A All-Star Game which was an unbelievable feat for me and I was really excited to represent Harrisburg. Our rightfielder was also asked to go with me. You guys might remember Vladimir Guerrero. I had been to Winter Balls and Instructional Leagues and no one from the Expos would ever, ever call me to see how I was doing. Well Vladimir didn’t have a car when he played here, so I was asked to drive him to Trenton to go to the All-Star Game. I don’t think my phone stopped ringing the whole trip. “How’s Vladimir?” “Is he hungry?” “Are his clothes clean?” “Does he need anything?”

Doug Harris, Washington Nationals’ Director of Player Development – – “We are really excited about the product that will be on the field. We are probably going to see seven of our top 30 position player prospects here this year. It will probably be the youngest and most athletic clubs then we’ve had here in quite some time…This is a club that we as the Washington Nationals organization have not seen here yet…This is a homegrown club that is very, very talented. It is our next wave of players and it’s really up to Matt (LeCroy) from there. I just give him the players.”

Matt LeCroy, Senators manager – – “One day in spring training Bobby Henley, who’s our field coordinator, pulled me over to the side and said, “Matt, why do you want to coach?” I love Bobby to death and I was honest with him, I said, “Bobby, I want to go back to the big leagues. That’s really the only place to be in this game.” He said, “You’re probably going to change that feeling once you start coaching and you start caring about these players.” After my first year I developed a bond with all my guys, a passion and love for them, that changed my aspect of it. I was fortunate enough to be able to play in the big leagues and get called into the office and the manager told me I was going to the big leagues. It was probably one of the greatest moments in my life. But when I was able to sit Sandy Leon down I knew that the good Lord put me in this spot for a reason.”

Bud Smitley, Senators’ team chaplain and this year’s recipient of the Art Mattingly Dedication Award – – “My very first chapel I was scheduled to do was May 3rd, 1987…I went down to that stadium hoping beyond hope that the game would be cancelled. I did not feel like I wanted to get in that dugout with anybody and preach. Would you believe on that Sunday it rained and the ballgame was rained out? I’m getting ready to leave the stadium and Ben Abner asked me where I was going. I said, “The game’s rained out.” And he said, “No, no, no. They’re waiting for you in the clubhouse, one of the trailers.” I said, “Oh, brother.” Now I have a captive audience because they are all there now. I went inside, I did my thing. They left town that day and lost 11 straight ballgames.”