The Disappearing Link to the Montreal Expos 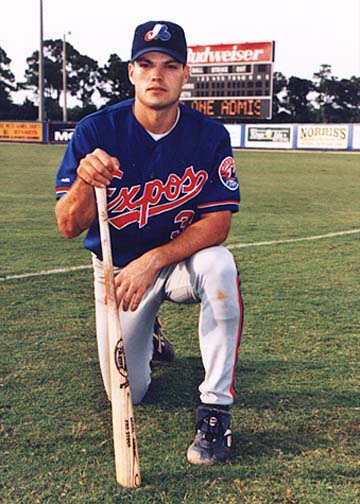 Much to the chagrin of Jonah Keri, the recent retirements of Nick Johnson and Brian Schneider reduced the number of former Montreal Expos still playing baseball by two. By my unofficial count, there are only 14 players left in the majors and minors who once suited up in the blue, white, and red of Nos Amours.

Another very exclusive group is those players still playing who were drafted or originally signed by the Expos. Again by my unofficial count, there are 17 players under contract with a MLB organization for the 2013 season, and all but two of them spent time in Harrisburg on their way up the chain.

Here they are with their current organization in parentheses and the year and method they became part of the Expo family:

There are still a small number of players that remain unsigned as of today (like Grady Sizemore and Val Pascucci) who could bump that number up, but the harsh reality is that every year that number will dwindle down until there are no more Expos left.