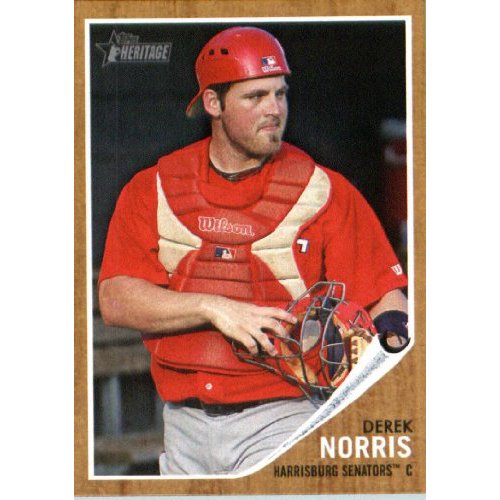 Besides yesterday being Valentine’s Day, it also happened to be Derek Norris’ 24th birthday.

That off-season Norris was part of the package that Washington sent to Oakland to acqure Gio Gonzalez. The change of organizations proved to be a breakthrough as he made his MLB debut on June 21st and became part of the catching platoon for the playoff-bound A’s.

This entry was posted in Trading Cards and tagged Derek Norris. Bookmark the permalink.