City Island is the Next Stop on Steven Souza’s Journey 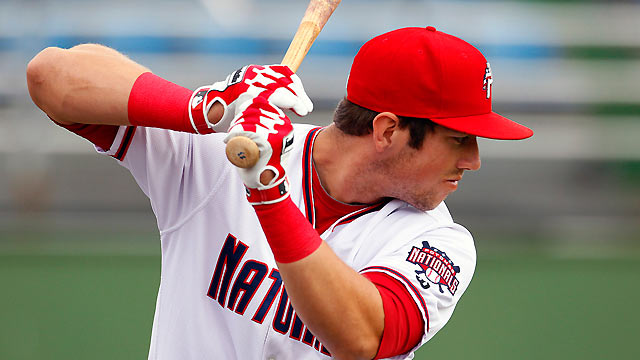 “Adversity does not build character, it reveals it.” – James Lane Allen

Just because a player can hit a ball really far or throw it in triple digits doesn’t mean he is mature enough to handle the pressure that accompanies the talent. Many young kids in the minor leagues are responsible for themselves for the first time in their life and the daily grind doesn’t just refer to their time between the white lines. Fans tend to lose sight of the fact that the players they’re rooting for are barely out of high school and many forget how they would have also acted at that age.

Despite possessing an intellect that nearly nabbed him a perfect SAT score, Steven Souza was not immune to the pressure. His struggles and setbacks have been well documented. In July 2010, the Nationals farmhand was suspended for 50 games after failing a drug test for perfomance-enhancing drugs. In Souza’s case it wasn’t steroids or HGH, but a stimulant used to treat ADHD that he took at the end of a road trip for a quick fix.

It wasn’t his only bump in the road though as one year later, the former 3rd round pick was sent home for the rest of the season after getting into a dustup with his manager at the time, Matt LeCroy. Souza chalks that incident up to the arrogance of youth, “He knew what I needed to do best. He was trying to get me to stop all those things but me being hard-headed and young it was like ‘you’re not going to tell me what to do’ but now that I’m on the other side, I see that all he was trying to do was just help me. I wish I would have listened to him.”

The road to redemption has not been easy. He had to accept responsibility for his actions and apologize to the organization, coaches, and teammates. But instead of running away from his past, Souza embraces it, “It could have buried me easily. My father, mother, and family always taught me that if you don’t learn and grow from something then it’s just going to keep bringing you down. So every opportunity that I got, I tried to learn from it.”

The difference maker in his life without a doubt is his recommittment to his faith. It has seen him through his hard times and blessed him with his successes. The pressure to perform that once weighed him down has been lifted from his shoulders, “Once Jesus saved me, I found out what was really important in the world. Understanding that God gave me some gifts and abilities to go play this game and so I got to just go out and use them instead of worrying.”

A changed man, Souza relishes getting to play once again under LeCroy’s tutelage, “I love him. I think he’s a great manager…I’m really excited to be back with him because I know that he expects a lot and I’m ready for that.”

Who knows what the 2013 season holds for Souza, but it will be easy to root for him and the man he has become.

This entry was posted in Uncategorized and tagged Matt LeCroy, Steven Souza. Bookmark the permalink.