Clay Sets the Tone in Herding the Rock Cats 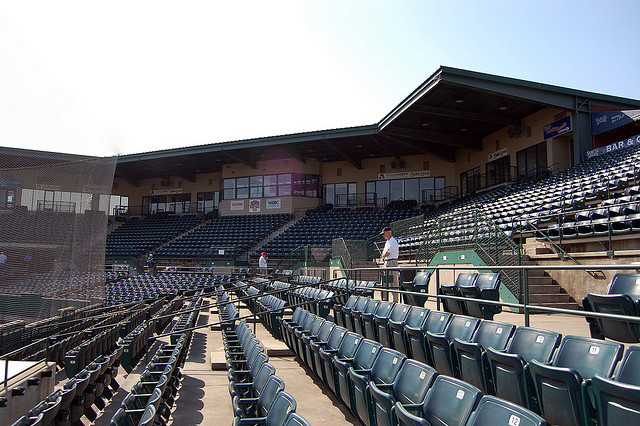 Nathan Karns came with accolades and expectations and has lived up to the hype. Blake Treinen impressed coaches so much in spring training, it was easy to picture the 6’4″ righthander dominating Eastern League batters. But, the clear surprise and rock of the Senators rotation has been Caleb Clay. I’d be lying if I said I saw this kind of performance coming from the Birmingham, Alabama native.

Clay was drafted in the first round by the Red Sox straight out of high school in 2006 and for six seasons toiled away in Boston’s minor league system. The last two years Clay has worked primarily out of the bullpen and never progressed farther than AA Portland. So, when the Nationals organization signed him this off-season as a minor league free agent, I assumed it was to add a proven arm for depth in the bullpen. But instead, they had other ideas for Clay as the plan was to tap into his potential and convert him back to a starter.

Tuesday night in New Britain, Clay stymied the Rock Cats to pick up his third win against zero losses as he scattered three hits and allowed two unearned runs in 5 2/3 innings. The Senators offense busted out for an early 4-0 lead as Jerad Head delivered a bases-loaded single and Justin Bloxom lifted a sacrifice fly. Bloxom tacked on two insurance runs in the eighth inning when he clubbed his second home run of the season. Hard throwers Ian Krol and Michael Broadway finished the game for the Senators and kept the potent Rock Cats offense at bay.

Player of the Game: Caleb Clay

• Every Senator in the lineup collected a hit except Sandy Leon and Jerad Head was the only one to have two hits.

• Twins #4 prospect Alex Meyer was tagged with his first Double-A loss as he moved to 2-1 on the season.