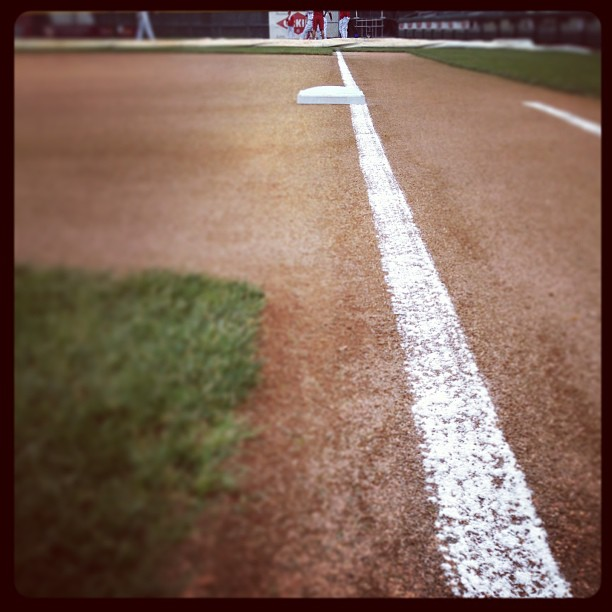 Squaring off against Pirates #2 prospect Jameson Taillon on Tuesday night at Metro Bank Park, odds were better than good that the Senators offensive woes would last at least another day. Instead, they literally knocked the righthander out of the game and went on to set season highs in runs, hits, and largest margin of victory in their 13-2 shellacking of the Curve.

Harrisburg starter Nate Karns struggled with his command but battled for five innings to pick up his third win of the season. Karns allowed two runs (one earned) on two hits and three walks while striking out eight. Bill Bray made his first appearance on City Island since his three-game stint in 2005 and pitched two scoreless innings. Neil Holland and Aaron Barrett both worked an inning of relief each striking out two batters.

Player of the Game: Jimmy VanOstrand

“I think his fastball command has been not as good as he would like. But the one thing I’ve been really pleased with is he’s pitched. He’s battled with other pitches when he doesn’t have his fastball command and to me that’s a sign of a kid trying to mature and learn how to pitch. That’s what is going to help him when he goes to the big leagues. I was told this as a young catcher – out of thirty starts, five of them are going to be lights out where everything’s money and you can put the ball wherever. The other twenty-five something’s usually not there and you have to battle. I don’t think we’ve seen the best of Karns by far, but it’s a good sign that he’s able to go out and battle and keep us in the game.” – – Matt LeCroy on starter Nate Karns

• Taillon was knocked out of the game in the bottom of the fourth inning when Ricky Hague lined a ball off his left shin and he was subsequently removed for precautionary reasons. It marked the second time in as many years that a top pitching prospect of the Pirates was hit with a comebacker and had to leave the game early at Metro Bank Park. Last season, Gerrit Cole left after Destin Hood lined a ball right back up the middle that deflected off Cole’s glove and connected with the pitcher’s jaw below the right ear.