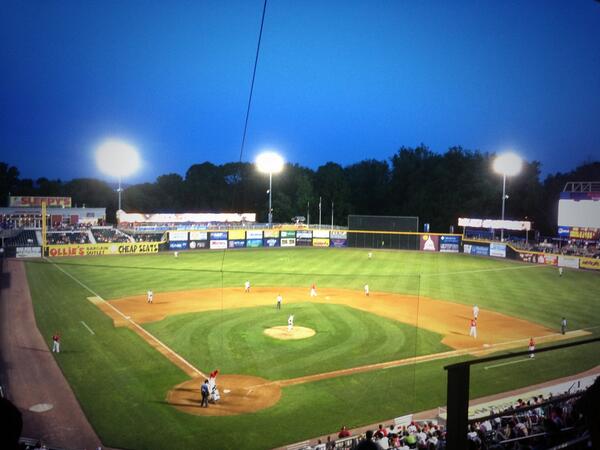 • The big news post-game as reported by PennLive’s Dave Sottile is that Anthony Rendon has been promoted to Triple-A. I’d expect a swap with someone in Syracuse (Rivero) or less likely a promotion from Potomac (Martinson?).

• With the Justin Bloxom and Sean Nicol solo shots in the seventh inning, the Senators finished with 33 home runs for the month of May after stroking just 14 in April. They sit just three homers off the league lead of 50 hit by the Reading Fightin Phils.

• Rehabbing reliever Christian Garcia made his 2012 debut and collared the loss as he allowed two runs (one earned) on three hits. During his 18-game stint with the Senators at the beginning of last season, Garcia allowed only six runs (three earned) in 20 innings.

• A night after the Senators had to throw 15 innings, Paul Demny stepped up and delivered a quality start when they needed it the most. The righthander continues to impress with his development and maturation as he minimizes damage and works around baserunners where he tended to exacerbate the problems in the past. “I think Demny’s starting to mature as a pitcher and he’s giving us some solid outings. I’m just really proud of his development and where he’s come from,” said manager Matt LeCroy.