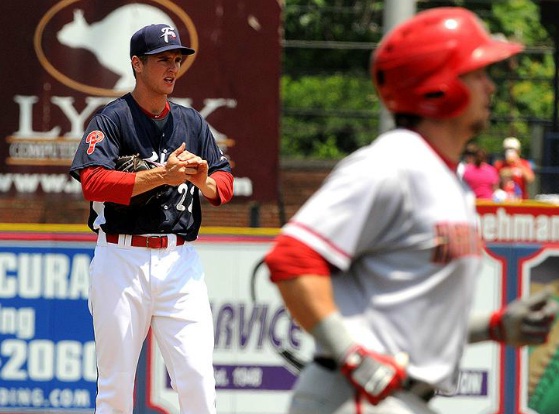 • Jerad Head continued his feast on Reading pitchers as he went 4 for 5 with two home runs, a double, single, and four runs batted in and scored. In 10 games against the Fightin Phils this season, Head is now batting .353 and slugging .853.

• Head’s four-hit day was Harrisburg’s fourth of the season and he joined Josh Johnson as the only Senators’ player to hit two home runs in a game.

• Ricky Hague was the lone Senator in the starting lineup who failed to record a hit.

• The underused bullpen got a chance to cover some innings as Matt Swynenberg, Neil Holland, Matt Grace, and Aaron Barrett each worked a frame in the victory.