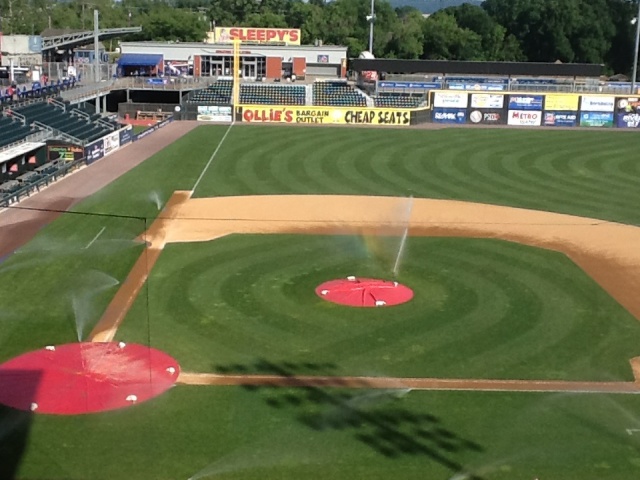 New Hampshire’s Marcus Walden shut down the Senators’ offense and the Fisher Cats cruised to a 7-0 win in the rubber match of their three-game series with the Senators. Jose Lozada, Steven Souza, and Brian Goodwin were the only ones to get a notch in the hit column for Harrisburg as they were shut out for the fourth time this season.

* Manager Matt LeCroy on starter Paul Demny letting some seeing-eye groundballs affect him, “I think he let it get to him a little bit. He started trying to get a little too picky in the zone instead of keep going after them. He ran out of gas.”

* The Senators have now been shut out during the last 17 innings.

* LeCroy on the current and future makeup of the team, “It is what it’s going to be. These guys have opportunity to play. They each need to step up and get it done. Everyone has been here except for Souza. It’s their second year for a lot of them. You can work all you want but you’ve got to do it in the game. We’re going to be here to help them every day but they’ve got to challenge themselves with ‘I’m better than what I’m showing and I know I can do better than what I’m doing’. That’s just part of being a competitor and a pro.”

* Walden threw only the third nine-inning complete game shutout of the year in the Eastern League (Clay and Jordan). It was also the first one by a Fisher Cat since Kyle Drabek tossed a no-hitter on July 4th, 2010.

* Rehabbing starter Brian Broderick threw 3.1 innings for the GCL Nationals this past Friday and picked up the win while allowing three runs on four hits.