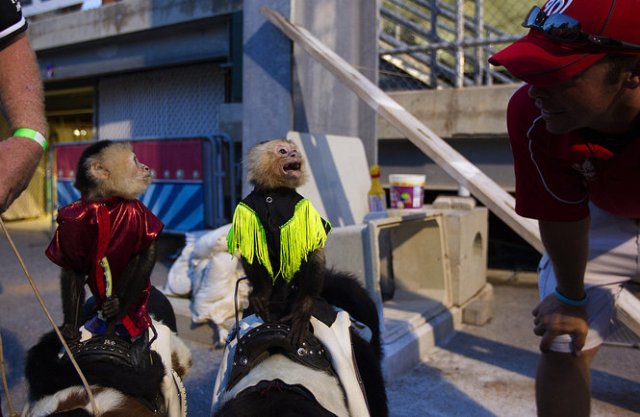 “I don’t know the word to explain it,” said a visibly disheartened Matt LeCroy after the Senators 4-1 loss to the Erie SeaWolves on Thursday night.

Sounding like a broken record, LeCroy was trying to articulate any explanation for the Senators’ failures on offense. There are only so many ways you can say the same thing over and over again before you run out of different methods to address it. One word that kept popping up, however, in the manager’s post-game comments was “frustrating”. For anyone that watches this team day in and day out, that word sums it up pretty nicely.

LeCroy is justifiably upset at the lack of run support his pitchers have gotten from their teammates. He rails against the hitters’ seeming lack of approach during at-bats and the way they make pitchers “look really good when the numbers say otherwise”. He struggles with their failure to execute things that his daddy taught him about the game when he was a kid.

LeCroy’s faith in those 25 players in the locker room hasn’t been rattled, but he’s waiting for them to look in the mirror and accept responsibility. “I’ve said over and over, I believe in every one of those kids in there, but at some point you have to take it upon yourself to get it done. I could tell you, and Foxy [hitting coach Eric Fox] could tell you, and we could teach and talk, but ultimately when the game is going, it’s you. I didn’t depend on nobody else when I played. I knew what I wanted to do when I stepped in that locker room. If I had to change it during the game, I would change it but I had an idea. That’s just being a ballplayer.”

This entry was posted in Recaps and tagged Harrisburg Senators, Matt LeCroy. Bookmark the permalink.