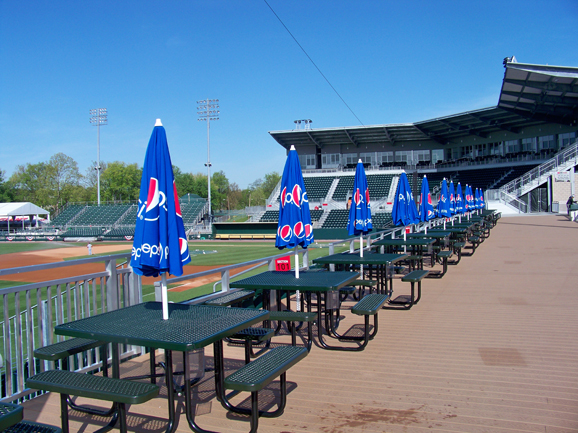 As part of our recap of the Senators’ season, an annual tradition around these parts is to list all of the players and where they would rank as the team’s MVP for 2013 by what they contributed to the team’s successes and failures.

If you agree or disagree with any ranking feel free to leave a comment and try and sway my way of thinking.

40. Brian Broderick
The veteran righthander started the year in the Senators’ rotation until an arm injury derailed his season. Broderick went 1-3 as he struggled in seven starts to the tune of a 5.21 ERA. The Phoenix native was prone to give up the long ball as he allowed seven home runs in just 38 innings of work.

39. Erik Komatsu
Never fully healthy, Komatsu struggled to even stay on the field in 2013. Between stints in Harrisburg and Syracuse, the outfielder played in just 16 games and scuffled to a .167 batting average. Komatsu scored four runs and had one RBI during seven appearances with the Sens.

38. Kris Watts
To be blunt, Watts was simply not very good last season for the Senators. He couldn’t hit his weight and on the defensive side had trouble catching anything thrown his way. But in five games this year, the receiver hit .333 with two doubles and recorded three assists. 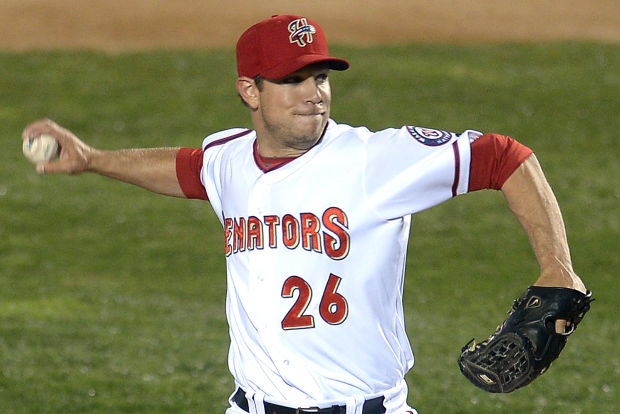 37. Trevor Holder
After Holder was released on May 5th, Nationals’ Director of Player Development Doug Harris commented that the “organization has decided to go in another direction”. I get how this is a business and I’m all for cutting dead weight, but there were definitely players more deserving of getting their outright release than Holder.

36. Paul Demny
Demny will always have that magical night in Binghamton when, along with Ian Krol, he tossed the Senators’ fourth modern day no-hitter. Otherwise, it’s not a stretch to say that the Texas righthander regressed in 2013. He is blessed with a gifted right arm but has yet to put it all together and fulfill his promise.

35. Ryan Perry
Last season Perry was one of the Senators’ bright spots in the starting rotation. But the Nationals switched Perry back to a reliever and the heavily-inked righthander floundered in the role with Syracuse and Harrisburg. In 18 appearances with the Senators, Perry allowed 11 runs and walked 13 batters. Despite taking a spot on the postseason roster, Perry elicited very little faith by the end of the year and didn’t pitch in any of the seven playoff games.

34. Jose Lozada
The utility player became a non-factor after May as he was horrible at the plate (.155 from June through August in only 97 at-bats) and not very good in the field (11 errors). Lozada survived the year by being a recurring victim of the phantom disabled list…it sure beats getting released.

33. Brian Jeroloman
The backstop will most likely be remembered for the crushing hit he absorbed from Brandon Douglas in Game 1 of the playoffs. But Jeroloman’s role on the 2013 Senators was much more important for pitcher A.J. Cole’s development. Jeroloman caught Cole in all seven of his regular season starts with the Senators and provided a much needed veteran presence behind the plate. Cole’s “easy” transition to Double-A will elevate his prospect status for the Nationals, and that line can be directly traced back to Jeroloman’s handling of the burgeoning ace.

32. Pat McCoy
2013 was supposed to the year that McCoy made the jump to Syracuse and possibly as a LOOGY in the Nationals’ bullpen. Instead, the southpaw struggled at Triple-A and was shipped back to Harrisburg for a third straight season. McCoy was hit hard (to the tune of a .458 slugging percentage) and worse yet, lefthanded batters pummeled him to a .316/.379/.532 slashline.

31. Jason Martinson
Starting the season at High-A Potomac, the Nationals’ #14 ranked prospect made the adjustment a year after struggling there during a mid-season callup. Martinson will look to do the same in Harrisburg in 2014 after he looked lost following a promotion to Double-A. In 54 games with the Senators, the shortstop hit .185 and continued an alarming trend of high strikeout rates. 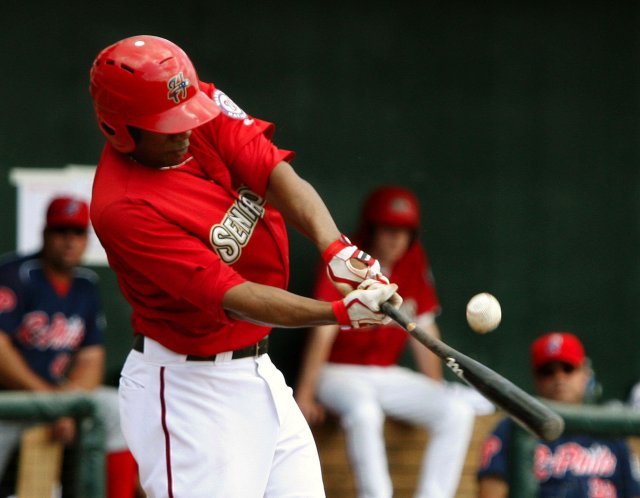 30. Destin Hood
Hood continues to be a maddeningly frustrating talent. Last season, injuries were the easy explanation for his downturn. This year, I don’t have a reason for his continued ineffectiveness at the plate. The physical tools are all there, but Hood posted a career low slashline of .224/.278/.385 in 2013. Hood needs to figure things out quickly because his career is headed in the wrong direction.

29. Rob Gilliam
Gilliam had a true Jekyll and Hyde season as he was either excellent or middling in each of his outings. But Gilliam earned my respect in Altoona when he had his teammate’s back after Carlos Rivero was plunked on purpose. Both benches were warned and Gilliam knew he was going to get tossed, yet he retaliated anyway and beaned the Curve leadoff hitter the next half-inning.

28. Michael Broadway
The former Atlanta Brave farmhand was picked up by the Nationals near the end of spring training. It was a shot worth taken as Broadway impressed with a mid-to-high 90s fastball and earned a promotion to Syracuse after only 12 appearances with the Senators.

27. Jeff Howell
Offensively, Howell was the best of the backup catchers the Senators had to use behind the plate this season. He hit .280 with four doubles and five home runs in his limited 100 plate appearances with the club. A memory not soon to be forgotten will be Howell going apeshit on home plate umpire John Bacon after he clearly missed a call at home plate.

26. Carlos Rivero
If Rivero even provided close to the numbers that he put up in Reading in 2011 or Syracuse in 2012, he would been an offensive force in the middle of the Senators lineup. Instead, Rivero was a shell of his former self as he toiled back at the Double-A level. In 51 games with Harrisburg, the third baseman hit .253 with only 4 dingers, nine walks, and 54 strikeouts.