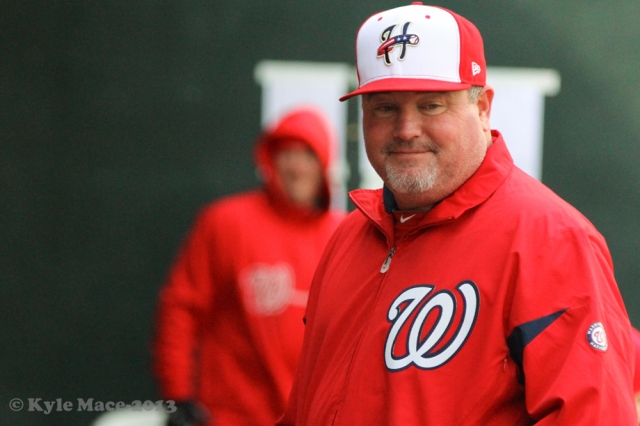 Harrisburg Senators’ fans got a dose of big news this afternoon following Matt Williams’ introductory press conference as the Nationals’ new manager. Senators’ skipper Matt LeCroy won’t be back in Harrisburg in 2014, as instead he has accepted the position of bullpen coach on Williams’ major league staff.

In two seasons with the Senators, LeCroy compiled a 141-143 record including leading this year’s squad to a Western Division Championship.

Getting the opportunity to talk baseball with LeCroy was easily one of my favorite things to do as I could discuss the intricacies and nuances of baseball decisions with the former catcher into the wee hours following a game. It also helped that LeCroy is an easygoing, welcoming mountain of a man who genuinely cares about his players.

He will be missed in Harrisburg, but definitely not forgotten. We wish him all the best.