Daubach looking foward to a better season in 2015

On Thursday afternoon, the Washington Nationals announced their 2015 minor league coaching assignments. As a whole the organization made very few changes to their assignments from last year to this. 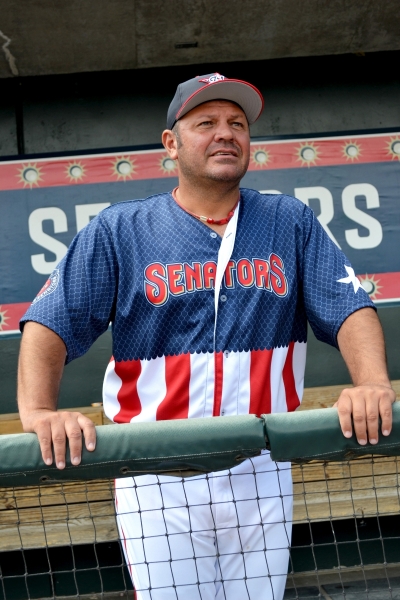 I had an opportunity to speak with Daubach earlier today about his return to Harrisburg and the disappointment of last season.

“Looking back on it there were a lot of weird things that happened. Fluky things. We got a lot of bad breaks,” Daubach said. “Obviously we were down a lot of games early, but one thing that really stood out to me was how our guys didn’t quit…I can’t tell you how many times we had the winning or tying runs on base and just couldn’t get a big hit. If you get one of those big hits a lot of times it continues on and you can build some momentum.”

The former major league first baseman and designated hitter most notably with the Boston Red Sox was also very appreciative of the backing by the hometown fans, “The other thing that really stood out to me being my first year in Harrisburg was the support we had from the fans. It meant a lot. You didn’t hear any negative stuff. You can tell they’ve been around the team a long time and they’re loyal fans.”

Daubach, who turns 43 in mid-February, hopes to produce different results on the field this season. “I’ve been with the same core group of guys. They’ve had the best record in the league for 2012 and 2013. They didn’t become bad players overnight. I think the Double-A level obviously can be a separator. For some of the guys, they’ll get an opportunity to prove that they’re better than that.”

“We like to develop and win. In the past, our teams have done that. We look forward to getting back to that next year.”

This entry was posted in Uncategorized and tagged Brian Daubach, Harrisburg Senators. Bookmark the permalink.