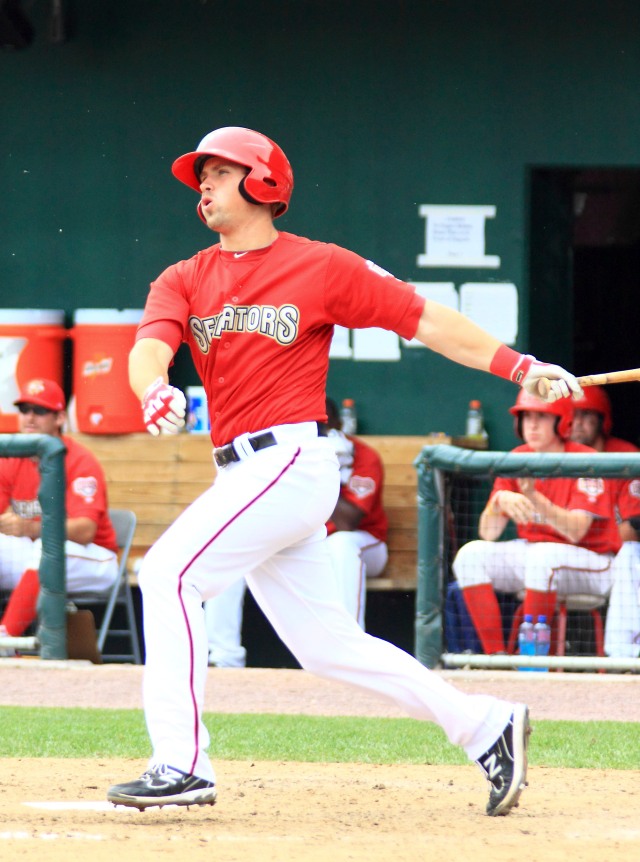 When Moore launched a bomb over the center field wall in the second game of an August 26th doubleheader, he became only the second player in modern Senators’ history to reach the 30-home run plateau. A pretty impressive number for a guy who physically pales in comparison to a specimen like Giancarlo Stanton or a big guy like Joey Gallo. But Moore is cut from the same “country strong” mold as a guy like Jim Thome.

It’s that kind of strength and bat speed that gives him the ability to hit tape-measure home runs onto the roof of the team store as well as opposite field doubles into the deepest recesses of right-centerfield at Metro Bank Park. Moore was one of the few constants in the Senators’ lineup day in and day out during 2011 as he played in a team-leading 137 games and always found his name in the cleanup spot. It was a role he clearly relished and thrived in as he wrote his name in the Senators’ record books for numerous offensive categories.

This entry was posted in Uncategorized and tagged Harrisburg Senators, Tyler Moore. Bookmark the permalink.