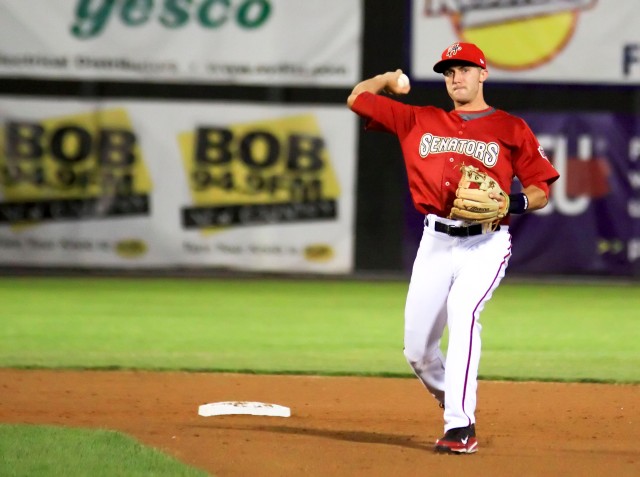 Lombo became the spark plug the Senators needed as they made their late season playoff push in 2010. The middle infielder played 27 regular season games down the homestretch and filled the gaping hole left when Danny Espinosa was promoted to Triple-A Syracuse a week earlier.

Lombardozzi returned to City Island to begin the 2011 season and was a consistent batter at the top of the order before his promotion to Syracuse in mid-June caused a decline in the Senators’ offensive production. Lost in his stellar defense and his .300 batting average at every level he had played at that point is his base-stealing prowess despite not being the fastest guy on the team. Lombo was a master at picking his spots and reading the pitcher and his 16 stolen bases in a half-season was proof of that.

This entry was posted in Uncategorized and tagged Harrisburg Senators, Steve Lombardozzi. Bookmark the permalink.