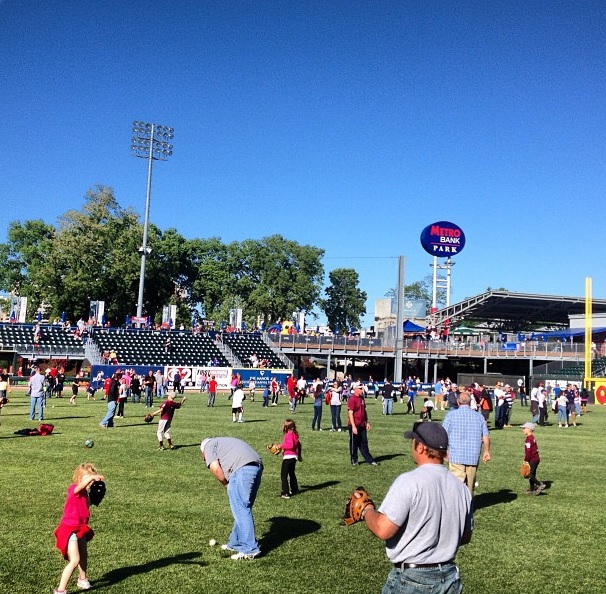 • Here’s the recap from Marshall Kelner

• Condolences go out to Josh Johnson as his father, former major leaguer Larry, passed away last night. JJ left the team today to head home until Friday and will be placed on the temporarily inactive list.

• The last time Jesse Biddle faced the Senators at Metro Bank Park, he struck out 16 in a completely dominating performance. On Sunday night, the Senators sent up an all-righthanded lineup against the southpaw and chased him to an early shower after only four innings. While a number of names were the same in each lineup he faced, players like Destin Hood and Ricky Hague have turned their seasons around and others like Steven Souza, Jerad Head, and Jimmy VanOstrand give the Senators a different dimension.

• Ricky Hague put the shatterproof glass in the front of the Senators Team Store to the test as he rocked a three-run home run off Biddle to put Harrisburg up for good.

• The maturity of Paul Demny keeps revealing itself with each successive outing by the Texan righthander. Last year’s version of Paul Demny would probably have had an issue, if not a meltdown, after he gave up a lead-changing home run to Tyson Gillies and a double to opposing pitcher Biddle in the top of the second inning. Instead, Demny settled down and set down eight straight while giving the Senators offense a chance to come to life.

• According to Pennlive’s Geoff Morrow, Anthony Rendon has been ruled out of Monday’s lineup by manager Matt LeCroy as he’s still struggling to eat and it’s affecting his strength and stamina.

• Aggressive approaches at the plate benefited the Senators as first-pitch swinging accounted for four of the five runs scored off Biddle in the deciding fourth inning.